The 2017 summer meeting of the Guild of Medical Ringers was held around the Lake District in Cumbria over the weekend of 19th-21st May. Our thanks go to John Proudfoot and Sally Starkey for their excellent organisation and a very enjoyable weekend. 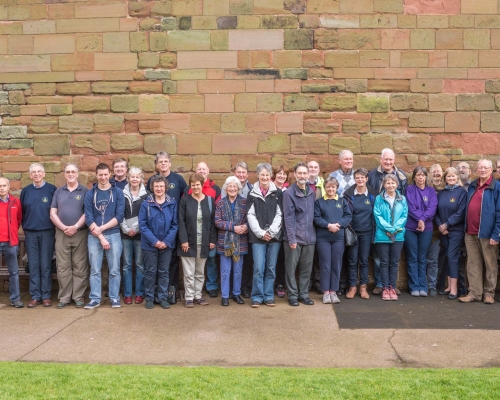 The weekend actually began for some on the Thursday with a quarter peal. The majority of members stayed for the weekend at the George Hotel Penrith. Special methods for the weekend were Carlisle Surprise Minor and Cumberland Bob Major.
As usual there were a number of ringing opportunities on Friday and for some there was a trip north across the border to Dumfries. There was a race back to the 8 of All Saints Orton for the start of the afternoon. This lime washed tower stands on high ground within the village and is easily viewed from the surrounding countryside. The bells on plain bearings are rung from the gallery. Next stop was the 6 of St Michael Shap. This was followed by the 6 of St Cuthbert, Great Salkeld where it is said that the body of St Cuthbert was rested after being brought from Holy Island. For the keen there was an added extra treat, the 4 of St Nicholas, Lazonby. When consecrated in 1866 it had just one bell but three more were added by Taylors in 1902. There was then a well-deserved restful evening out in the town with meals and drinks at various restaurants and bars around Penrith.
Saturday was another beautifully sunny morning. However a leisurely 8am Saturday start to breakfast despite suggestions they might just like to think about starting a little earlier, meant that staff were under considerable pressure at russel up the Cumbrian breakfasts as  members grew more and more eager to leave. This was rapidly amended for the following day.
At various times of the day there were over 40 members so we had to be very organised arranging ourselves into bands to ascend and descend towers at regular intervals. I think we had got the hang of this by the end of the day.
First Tower of the morning was the 6 of St Andrew Greystoke. The bells here were rehung in a new frame as a millennium project. Next was the 8 of St Kentigern, Keswick. Here there is a set of ringers’ rules dating from 1826 penned by the English master of St Bees School. The final tower of the morning was the 8 of All Saints, Cockermouth where there is a stained glass window dedicated to William Wordsworth. Often we will arrange a venue for lunch but in view of numbers we found our own lunch and in a prime holiday area we were spoilt for choice.
We gathered again at the 8 of St Mary Wigton. Much of the beautiful interior was the inspiration Rev John Ford (the father of Anna Ford – Broadcaster) and the bells were installed new as a millennium project. For many tea and cake in Carlisle Cathedral café was next stop, followed by a group photograph before we set out on our journey up to the ringing chamber. Here ten new Taylor bells named after northern saints were installed after a millennium grant and a legacy and other funds.
We returned to the George Hotel in Penrith were we were served an excellent dinner including some local delicacies. This was followed by a brief meeting and concluded in the normal manner with handbell ringing.
Unfortunately one of our ringers fell ill in the early morning and was admitted to hospital which was a sad start to the day but has made good prtogress. We were very pleased to have been invited to ring for the service at St Andrew, Penrith and some members went on to ring at Kirby Lonsdale to ring for the service there before we set out around the country on our return journeys.
Our next main meeting and AGM will be in London on Saturday 25th November 2017. Anyone training or trained in any health care profession is very welcome to join us. 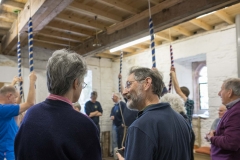 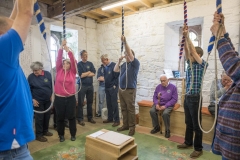 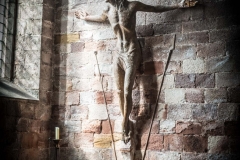 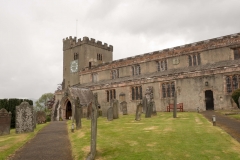 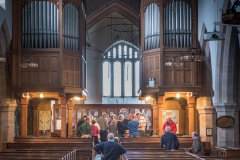 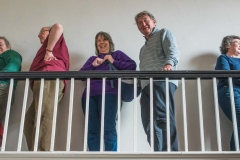 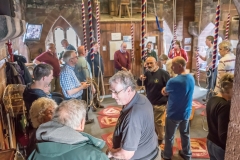 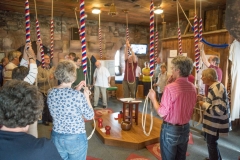 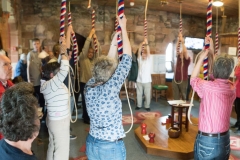 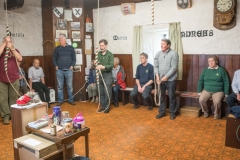