The 50th Anniversary Meeting of the Guild of Medical Ringers was held in and around Twickenham, the site of the inaugural meeting of the Guild in 1955. On this occasion the meeting was held on the first, rather than the customary third weekend in November, to avoid clashing with local rugby matches. (Although we did clash with a certain London dinner!) 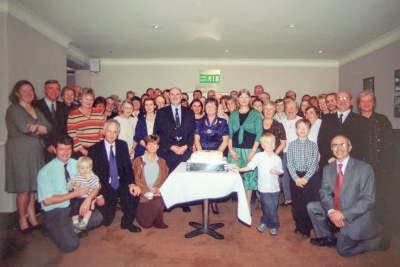 Some members travelled up on the Friday night to join the practice night at St Mary’s Staines and were made very welcome. At 9.45 on Saturday 5th November two Guild bands attempted simultaneous quarter peals of Grandsire, one on the 8 of St Mary, Sunbury on Thames and one at the 10 of All Saints, Isleworth and I am very glad to report that both were successful. Afterwards there was open ringing for a short while at Sunbury for some members who had been sunning themselves outside the church listening to the bells.

It was a beautiful morning with clear blue skies as the Guild returned to its roots at All Hallows, Twickenham, a very pleasant 10. Eleven medical ringers had met here in 1955 with the purpose of forming an Association, namely the Guild of Medical Ringers. The first formative steps had been taken in 1947 when a band of doctors had rung a peal of Bob Minor in memory of the doctors, nurses, and other medical personnel who had died in the Second World War. A few years later David Gullick, then a new recruit to ringing, took an interest in forming a medical band. A peal of Bob Major was achieved in October 1954 and we have not looked back since. Mr Denis Neal Smith hosted the first meeting as he was tower keeper at one Twickenham church and organist at another – an astonishing feat. His family entertained the Guild to tea. Membership grew to 26 in the first year and the Guild has continued to thrive since. On this occasion there were over 50 of us ascending the tower stairs. Two of our Founding Members had sent their apologies, as they were not well enough to join us. However, Mr Neal Smith’s daughter, Mrs Gillian Leale, who attended the first meeting was ringing with us, as was Mr David Hollis, a member for 48 years and Mrs Helen Sutton, a member for 47 years, together with many other long standing members. Here, as at the inaugural meeting, we rang Grandsire, Stedman and Plain Bob, as well as Erin, Little Bob and Oxford TB, achieving some good touches.

We took lunch at this point, giving us a chance to sample the local hostelries, walk through the wonderful gardens by the river, visit the quaint little museum or look at the local shops. Afternoon ringing began at the 8 of St Mary, Twickenham. Here we rang a variety of methods including our method of the day, Middlesex Bob Triples. Our next tower was St Nicholas, Shepperton, which was a new tower for many members. However, perhaps the Guild is now a hostage to its own success because 50 people do not fit well into a small tower and the chances of rings are more limited. Reduced opportunities for ringing do, nonetheless, allow greater opportunities for socialising with old friends and if necessary we can always consider parallel routes or overlapping towers in the future. The last tower of the day was another pleasant riverside church, the 8 of St Peter’s Staines. Here we managed Double Norwich, Bristol and a good touch of Middlesex Bob Triples before adjourning for dinner.

Dinner was held in the nearby Thames Lodge Hotel where we had booked the upper floor of the restaurant overlooking the Thames. Before dinner we had a chance for a drink in the bar, a group photograph and an opportunity to admire the Guild anniversary cake so beautifully made and iced by Wendy Lee and her sister Barbara. The restaurant coped admirably with our individually pre-ordered menu and fifty-nine of us, including four children, sat to the meal. As it was Guy Fawkes Night we were entertained by some stunning firework displays across the river and all at no extra cost!
Our President Elizabeth Johnson cut the cake after dessert; we ate this with our coffee and began the business meeting. Amongst many other matters, Officers and New Members were elected. Ken (aka George!) Lee had indicated that he would be standing down as Ringing Master at this meeting. He has done sterling service on our behalf and his enormous enthusiasm has been instrumental in the Guild continuing to reach new heights. Ken was presented, in the year of the Bicentennial Celebrations of the Battle of Trafalgar, with a corkscrew made from oak from HMS Victory. The hope is that he will now have more time to crack open a few bottles of wine. Stephen Clarke is now taking on these reins with instructions from Ken that he must do it his own way and enjoy it, and he certainly has our full support. Geraldine Forster and Mary Gow were thanked for all their work in arranging the towers for the day. The meeting ended in the customary manner with hand bell ringing.

The majority of members stayed overnight at the Thames Lodge and on the Sunday there was a choice of service ringing at St Peter, Staines, St John, Egham and St Mary Staines. This concluded another very enjoyable meeting. As we enter the next half-century, the future has never looked brighter for the Guild, with events and weekend tours being planned as far ahead as 2008. New members are always very welcome. 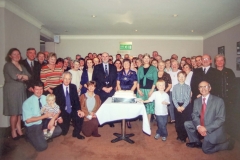 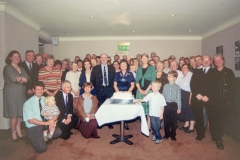 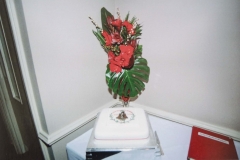 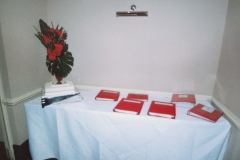 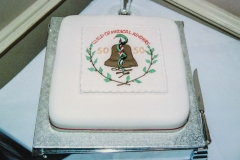 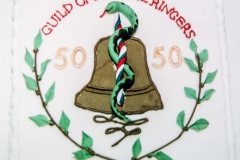 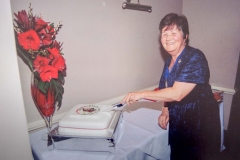 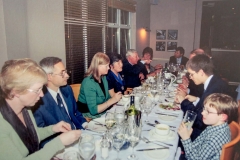 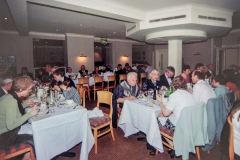 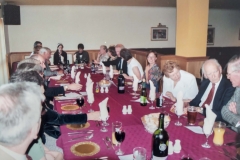 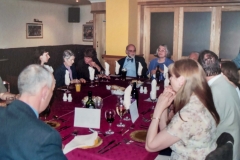 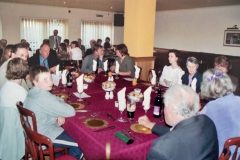 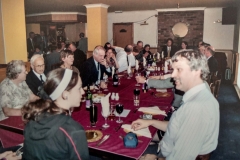 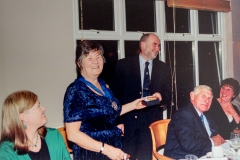