The Guild of Medical Ringers held its 2005 Summer Meeting in the area around Loughborough, an industrial town set in the pleasant surrounding countryside in north Leicestershire. The town grew to prosperity first through the corsetry trade then through heavy industry and railways but for us had of course the particular interest as the home of one of the only two remaining English bell foundries. For some in the group however there was the added interest of Britain’s only double track steam railway, with its regular services between Loughborough and north Leicester and the renowned carillon in Queens Park.

The weekend began for about 14 members with ringing on the Friday afternoon of 20th May starting at the six of Breedon on the Hill. The Priory church stands on a hill above the village, its position made even more impressive by the quarry workings that have excavated part of the hill, leaving the church perched on the edge of a cliff. The 4th bell is from 1604, cast by Oldfield of Nottingham, whilst Taylor cast the remainder at various times. The next ring was the extremely interesting ring of six at Grace Dieu Manor School weighing just 1-2-32. The original three bells were rehung and augmented with two new bells (Taylor) and one transferred bell, between 1991 and 1993. However ringing is extremely cosy so you need to be on very friendly terms with fellow ringers. The final afternoon of the day was the 6 of Belton.

After some refreshment, a rejuvenated band with some reinforcements rang at the 8 of St.Botolph, a complete Taylor eight from 1948. This was rounded of by curry and a visit to the local.
Saturday the 21st May 2005 dawned as a very damp dull day. A large group of members gathered at Taylor’s Foundry, first for a ring on the 10 weighing 6-2-13. These bells have a character of their own and it is an acquired technique. Many of the Band then joined with ringers from Coalbrookdale for the tour of the works. However, some members remained behind to ring an enjoyable quarter of Grandsire Triples to make this the 10th quarter for the Guild Quarter Peal Festival to mark the 50th Anniversary of the inaugural meeting. More than 50 Guild Members have now been involved in these quarters rung in various parts up and down the country.

The foundry tour occupied the remainder of the morning. We were fortunate to have a witty guide and although on a Saturday the foundry floor is not in active operation, it was still very educational. Lunch was taken at various local pubs although some people had a quick picnic in the rain on Beacon Hill.
The afternoon began at St Leonard, Swithland (6). The village is famous for the slate quarried close by and many of the cottages are built from this slate in a style unique to the Charnwood area. Our next tower was St Bartholomew, Quorn. The bells are a complete Taylor’s ring from 1968 that replaced the original bells that were destroyed by fire. The tower is memorable for it low door steep stairs and small chamber. We where rather late gaining access to this tower and I am afraid that we did not do justice to these bells.
Our next stop was St Andres, Prestwold, the church being in the grounds of Prestwold Hall Built by the Packe family. The tower has a gallery overlooking the church where many of the family have memorials. Unfortunately the 5th headstock had woodworm and the dudgeon pin was loose, so that was unsafe to ring.
Our final tower of the day was the 10 of All Saints, Loughborough. This parish church reflects the town’s prosperity in earlier centuries and the bells were cast by Taylor’s in 1899.

At this stage we were suitably in need of a rest and retired to the Beauchief Hotel in Loughborough where we had taken over the majority of rooms. The hotel provided 42 of us with a very good and very reasonably priced meal. There was then a brief business meal with particular thanks to Andrew Young who at organised the venue for this very successful weekend tour. Twelve Full and four Associate Members were elected as the Guild continues to grow in strength and new members are always welcome. The meeting was followed by the customary handbell ringing, accompanied by alcoholic beverages.
On Sunday we rang for the Sunday Service at the 8 of Holy Trinity, Barrow –on –Soar this being their Patronal Festival. The bells here had been restored and augmented to an 8 in 1972 in memory of Thomas Towle, a hosiery manufacturer. This concluded another very successful and enjoyable weekend tour.
Our next main meeting will now be our 50th Anniversary meeting on 5th November 2005 at Twickenham, where the Guild held its Inaugural meeting in 1955. 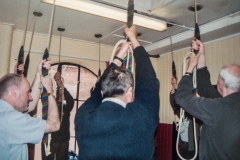 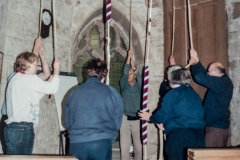 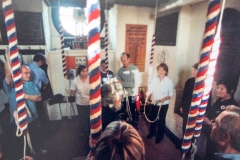 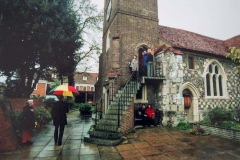 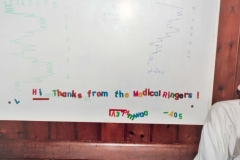 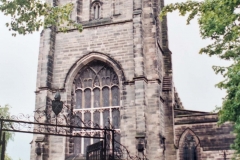 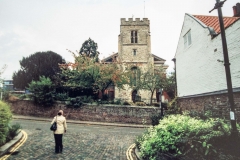 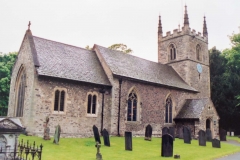 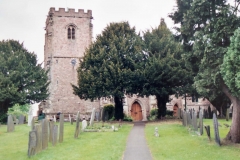 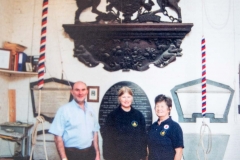 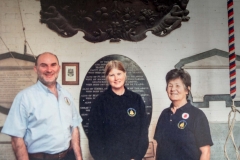 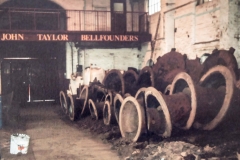 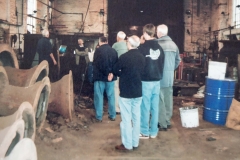 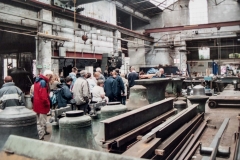 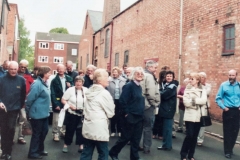 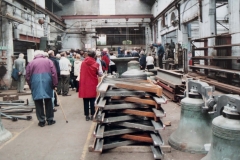