Home »Meetings »2000s meetings »2006 AGM
<<          >>
The 2006 Annual General meeting of the Guild was held in North London on Saturday 18th November, the venue having been kindly organised by Richard Morgan.
It was a beautiful crisp autumn day and two bands gathered simultaneously to ring quarter peals in memory of David Hollis who had been a member of the Guild for 48years. Traffic caused its normal chaos and the band at Finchley rang one member short with the tenor covering but both quarter peals were successfully completed. A Quarter of Cambridge Surprise Minor was rung at St Mary, Finchley and a quarter of Cambridge Surprise Major was rung at St Mary, Hendon. Local hostelries were then found nearby for lunch.
The first tower of the afternoon was Christ Church, Hampstead. This church, with the second highest spire in London, was without bells until 2005 when the ring of 8 was installed and rung for the first time on 18th September 2005. This was therefore a new tower for the Guild. There was a rather precarious loft ladder that led to the ringing chamber with a pleasant view over the church. However, health and safety issues appear to be so ingrained in our lives that we were all doing health and safety assessments in the chamber. Stedman and Double Norwich Court Bob Major were our methods for the day and we managed touches of Stedman and a plain course of Double Norwich.
Our next tower of the day was the 8 of St Andrew, Kingsbury. This has a fascinating history having originally been built a few hundred yards from Oxford Circus and was then moved stone by stone to Kingsbury between1931 and 1934. We were very lucky to gain access here. The tower captain was half an hour late but fortunately preparations were taking place for a special service the following day and so we were let in.
The last tower was the ground floor ring of 8 at St Mary’s, Hendon, the home tower for Richard. We had a pleasant ring here but were in competition with the choir rehearsal. Whilst we had some good ringing during the day it was a disappointment that we did not manage to complete a touch of Double Norwich.
Whilst there had been some slightly tricky navigation during the afternoon the traffic had certainly been less troublesome than in previous years and we had just a short distance t6o travel to the Hendon Hall Hotel for dinner. Some people had already booked in here for an overnight stay.
After some initial confusion about the timing of the dinner 38 of us sat to a pleasant meal. Somehow the staff managed to catch up nearly an hour in their preparations. The meeting closed at 10.05 in the customary manner with hand bell ringing.
[Show slideshow] 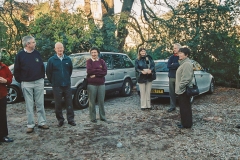 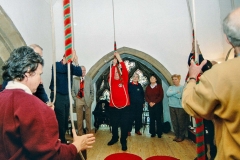 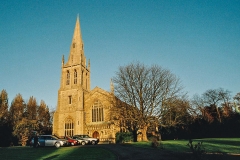 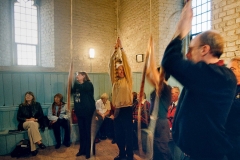 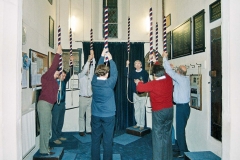 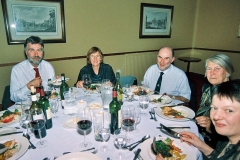 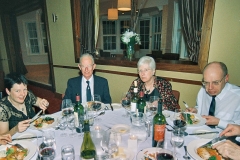 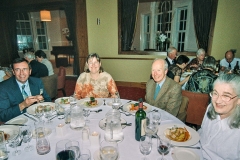 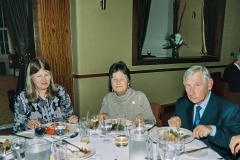 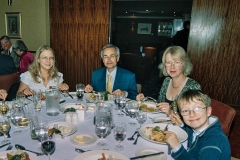 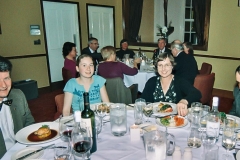 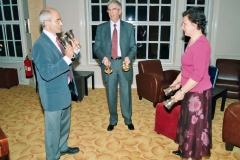