Home »Meetings »2010s meetings »2016 Summer Meeting
<<          >>
The Summer Meeting of the Guild was held in the Bournemouth area over the weekend of 19th – 22nd May. Our thanks go to Sally and Michael Jenkins for all the organisation of what was a very successful and enjoyable time. 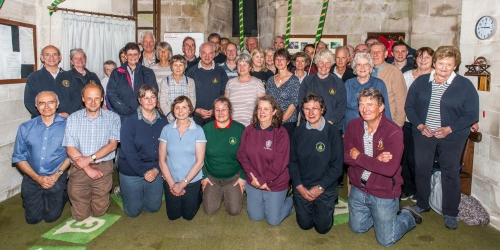 The weekend started early for a group of long distance travellers who met for a successful quarter peal of Grandsire Triples on the beautiful 8 at Cranbourne followed by an evening meal in ‘The Inn at Cranbourne’. We started how we meant to continue with good friends, good ringing and good beer. Plans were afoot for a second quarter on the Friday morning but new arrivals would mean that we would have surplus ringers; a second quarter of minimus was therefore arranged for those who were feeling left out – this would be a first for the Guild.
The next morning, following an exciting drive south through the roadworks, the bands arrived in time to ring quarters of Plain Bob Triples at St John’s, Bournemouth and Plain Bob Minimus at Breamore. This was followed by lunch on the quayside at Poole.
The Friday afternoon ringing started at the beautiful 10 at St James, Poole. The special method for this weekend was to be Erin and this tower would be an excellent chance to ring some good Erin Caters. We were helped in this endeavour by a local ringer who turned out to be a Medical Physicist and could ring Erin – he was duly elected to join the Guild and is looking forward to hopefully joining us for a quarter peal prior to the annual NHS carol concert at Liverpool Cathedral in December. Following some good ringing we travelled to our base in Bournemouth before walking to the next two towers. Firstly we rang at Sacred Heart, a light six with steel sprung stays that were very light set and challenged a number of our ringers. We rang from rounds and call changes to Stedman and mixed doubles (a theme for the weekend at the 6 bell towers). We then walked around the corner to ring at St Peter’s a heavier 8 where we struggled to ring the Erin well, though still managed to ring other methods well. In the evening we journeyed to Ringwood to ring, slightly hampered by the roadworks on the A338 (the road was closed on the way home requiring an interesting diversion in the rain). Unfortunately only a modest number made the journey but we were still able to ring some call changes, plain hunt and Erin. These were a nice 8 that definitely liked our triples but were a challenge for our group to ring to major.
Saturday began as a very wet morning and continued that way throughout the day but did not dampen our spirits. Unfortunately the promised spectacular views of the Purbeck peninsular did not materialise with us seeming to be travelling within the clouds. During the day we had over 50 members of the Guild attending. We began ringing at the 1960 church of St George, Poole Oakdale with its light ring of six. We rapidly learnt that with this number of people we had to be very organised, forming ourselves into bands of six on the staircase with rapid change overs. With this strategy everyone got to ring with one band staying on at the end to ring mixed doubles. Our next stop was the 10 of Lady St Mary, Wareham where two completely different bands rang Stedman Caters, followed by the 6 of St Edward the Martyr, Corfe Castle. At that time many of us adjourned to the Scott Arms in Kingston to gain some more energy for our afternoon exertions.
After lunch we rang in the mist at the 10 of St James, Kingston (where our group photograph was taken – the weather not cooperating to allow us to take this outside), followed by the 6 of St Nicholas of Myra, Worth Matravers (here we struggled to get everyone to ring with bands of 6 being ready to run up the stairs as soon as the previous touch was completed) and the 8 of St Mary the Virgin, Swanage where we rang Purbeck Surprise and Erin. A short journey to Studland and a ride on the chain ferry took us back through Sandbanks to the Marsham Court Hotel. That evening 43 of us sat down to a pleasant meal. This was followed by a brief business meeting and we stood in memory of our long standing member David Wicks. The evening ended in the customary manner with hand bell ringing much to the delight of the other guests staying at the hotel who insisted on a short demonstration touch being rung.
Sunday dawned as a bright and sunny day and we could actually see out of the windows. We had another trip on a ferry, but this time it was the foot ferry to Brownsea Island. The trip to the Island which is situated in Poole harbour was fascinating and gave a wonderful view of a number of exclusive properties in Sandbanks. The island itself is owned by the National Trust but the church of St Mary belonging to the Church of England and local Poole ringers are currently teaching some of the islands inhabitants to ring. With its 8 light bells it remains very much as it was in Victorian Times with the organ pumped by hand and the only lighting coming from candles and the windows. It remains a working church from May to September. The ringing chamber even has a fireplace and the visibility is definitely better if people do not sit in the window seats. After the ringing a number of members stayed on the island and were treated to very pleasant walks and lots of wildlife.
The Guild of Medical Ringers is open to members who are trained or training in any medical field and new members are very welcome and further details can be obtained from fcranfield@globalnet.co.uk. Our annual general meeting will be in London on Saturday 26th November 2016.
[Show slideshow] 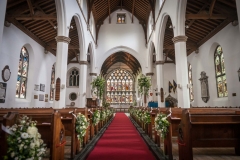 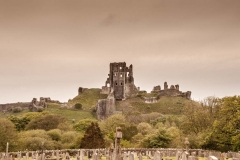 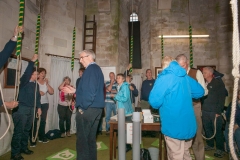 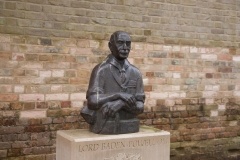 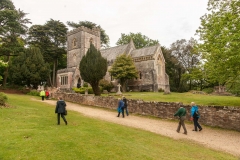 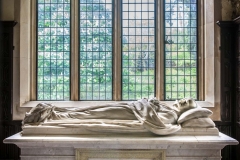 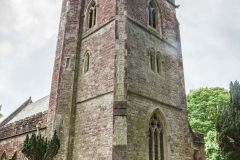