The 2015 summer meeting of the Guild of Medical Ringers was held in the Wellingborough area of Northamptonshire over the weekend of 15th-17th May 2015. This area of Northamptonshire has a prosperous history, which is reflected in the splendid architecture of many of the churches thha we visited. Our thanks go to Andrew and Diana Young for organising a great program for us. It was very popular with at times up to 36 members attending and we were blessed with some glorious sunshine.
The weekend began with a quarter peal on Friday morning of Wellingham Surprise Major at St James, Thrapston. This was the first for all members of the band. Wellingborough was our method of the weekend and the thought was that a successful quarter peal would result in a core of experienced ringers to support others with this method during the rest of the weekend and this brought its reward.
On Friday afternoon there was ringing first at the 6 of St Andrew Great, Cransley with its Matthew and Henry Bagley bells (1683) which were rehung and retuned by Whitechapel in 1992. This was followed by the 6 of St Mary, Orlingbury. According to folklore Jock of Badsaddle who killed the last wolf in England is buried here. A curiosity is that the 2nd bell bears the inscription ‘ God Save the King’ yet was cast in 1843, 5 years after Queen Victoria ascended to the throne. The last tower of thje day was the 6 of All Saints, Mears Ashby where the Taylor bells (19113) were overhauled by EAyre and Smith in 1984.. We were then very please d to be able to join the evening practice at the 8 of St Katharine, Irchester . Here the five bells (three from c15) were augmented to an 8 by Taylor’s in 1930.
Many members stayed overnight at the Hind Hotel in Wellingborough and it is fair to say it was a challenge to get everyone through breakfast in time for the day’s events. It was a sunny but slightly breeze morning as the number was swelled by additional members joining the tour. Our first tower of the day was at the 8 of St Mary the Virgin at Burton Latimer, widely advertised as the home of Weetabix. This was a very pleasant ring rehung in 1920 and the church contained some fine medieval paintings. Next stop was the anticlockwise 8 of St Botolph, Barton Seagrave and we were let in by a long standing member of the Guild. Here the back 4 bells were cast in c16 and they were augmented from 5 in 2001. We passed Wickstead Park, Britain’s second oldest theme park, which for some of us held some happy memories and then on to the 12 of SS Peter and Paul, Kettering. This town grew rich in the c18 and c19 through wool, silk, linen and lace industries and more recently the shoe industry and was the home of the Thomas Eayre family bellfoundary. The bells here were cast by Whitchapel in 2004.
We had a leisurely lunch break at the Griffin Inn, Highgham Ferrers and having pre-ordered they did an excellent job at providing good food in an efficient and friendly manner. After a group photograph, our first tower of the afternoon was the 8 of St Mary the Virgin, Findon. This c14 church has a very impressive strainer arch. The ring of 6 here was augmented to an 8 in1897 and then five of the original bells were recast by Gillet and Johnson in 1913. From here we travelled to the 8 of St Peter, Irthlingborough. There had earlier been an afternoon wedding at Higham Ferrers so we then retraced our steps back there to St Mary the Virgin at Higham Ferrers where the original eight bells had been augmented to 10 by Taylors in 2014.
We adjourned to the Hind in Kettering were we had drinks followed by dinner. The hotel had changed hands that week but the staff were very keen to impress and we were served with a very good meal. There was a brief business meeting and of note the AGM will be in London on and the Summer 2016 meeting will be in Dorset on the weekend of At this point there would normally have been handbell ringing but for the first time in very many years no one had brought any.
We had a leisurely start to the day on Sunday before ringing for a late morning service at the 8 of All Hallows, Wellingborough. Members then returned to their homes spread across the country at the end of another very successful weekend of ringing. 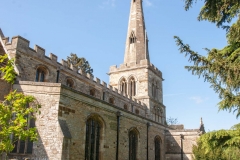 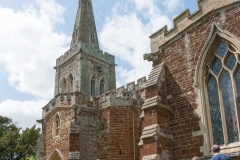 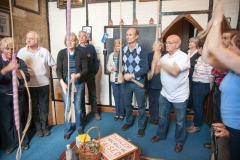 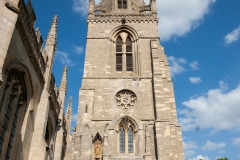 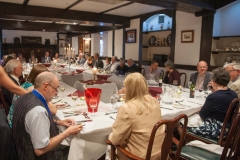 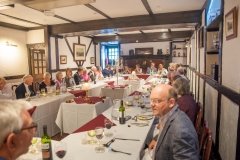 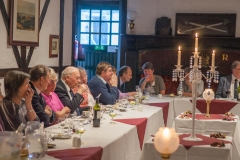 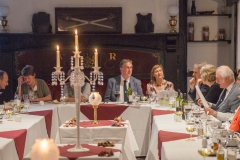 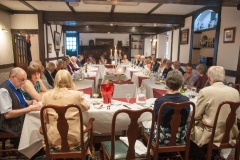